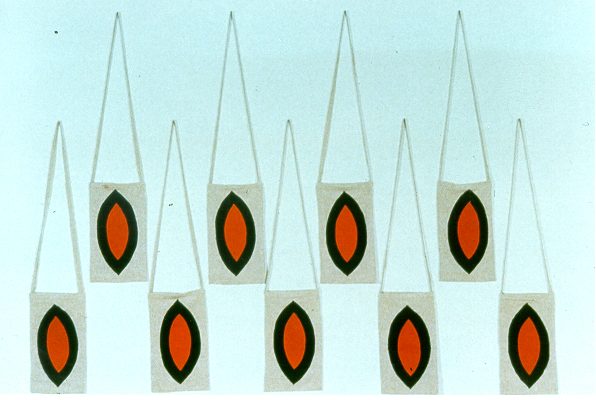 Love Magic brings together an exceptional body of work by 34 Indigenous artists relating to romantic, sensual, spiritual and political aspects of experience. The exhibition encourages viewers to go beyond stereotypic notions of identity; broadening and deepening our awareness of the diversity and richness of Aboriginal peoples’ lives , relationships and culture.

Love Magic is a traditional Aboriginal concept which has slightly different meanings in different cultural contexts.  The term has broad applications primarily for Aboriginal people across Northern and Central Australia.  For example, Love Magic could mean a kind of ritual spell directed at a prospective partner without them necessarily knowing about it.  In this case, the spell would be cast by a Medicine Man at the request of someone who desired somebody else.  This would usually involve symbolic or actual use of something of the desired person’s possessions like a piece of clothing or even a lock of their hair.

Love Magic may also be used as a sort of moral warning to teach the rights and wrongs of sexual behaviour within various Aboriginal kinship systems.  For example, this could be in myths or stories relating to proper sexual conduct within particular Aboriginal societies as expressed in their rock art, paintings and as told through ceremonies.

In addition, the exhibition counters and redefines some of the ways in which Aboriginal people have been viewed and/or misrepresented from the past to the present.  For example, since the invasion and colonisation of Australia by the British in 1788, Aboriginal people were regarded as less than human and totally absent.  This absence was finally, partly redressed through the acknowledgement of the ‘terra nullius’ mythology which was officially abandoned with the historic 1992 Mabo decision.  While on the one hand Aboriginal people were hunted, kidnapped, incarcerated and made invisible, and large scale attempts were made to destroy Aboriginal culture, the invaders nevertheless found  Aborigines of use for their sexual gratification, particularly the women.   Given this sort of history it is no surprise that the artists in Love Magic are celebrating and reclaiming their bodies and the Aboriginal body politic for themselves

Presented with assistance from the NSW Ministry for the Arts and in association with Perspecta 99: Art and Politics-Living Here Now