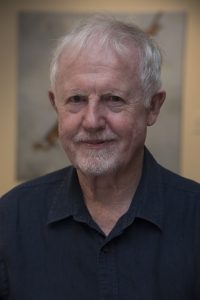 The Pens & Pencils are a group of artists that meet regularly at the National Trust. Founded by Lou Klepac, curator, former gallery director, historian, writer & publisher the group held its inaugural meeting in the cafe of the S.H. Ervin Gallery in July 1991. The original intention was to bring artists, who were working in isolation from each other in their studios, to meet and discuss art and art practice.

Past and present members of the group include: