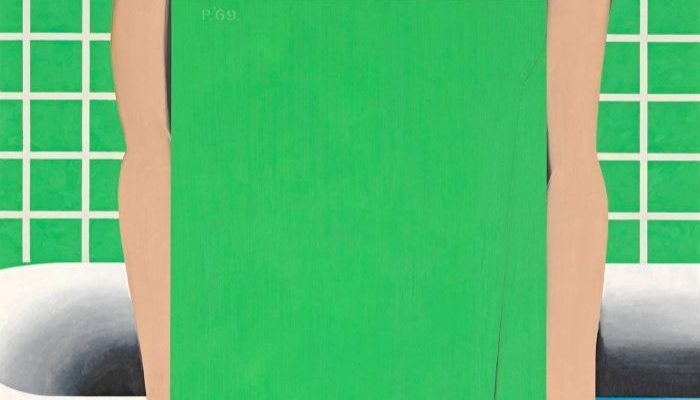 Peter Powditch is a highly-regarded artist who rose to prominence in the 1960s and 1970s with imagery depicting Australian beach culture, in particular bikini-clad figures accentuating the contours of female form, achieved widespread acclaim.

Peter Powditch trained in fine art at the National Art School as well as studying privately under John Olsen and was influenced during his time at East Sydney Technical College, by his mentor the sculptor Lyndon Dadswell. His contemporaries and friends included Martin Sharp, Brett Whiteley, Robert Jacks, Michael Johnson and Robert Klippel and he exhibited at the infamous Yellow House.

He has exhibited with leading galleries including the seminal Gallery A in Sydney and Melbourne, Rudy Komon and Ray Hughes, and was mentored by luminaries Fred Williams, John Olsen, John Passmore and John Brack. In 1970 he was commissioned to paint a large-scale mural for the Sydney International Airport, in 1973 he was awarded a grant that enabled him to live in New York for twelve months. He has been include in many significant exhibitions including  Australian Art Today which toured South East Asia (1970), Australian Prints at the Victoria and Albert Museum, London (1972) 1st Biennale of Sydney (1973) Recent Australian Art at the Art Gallery of New South Wales (1973) and was awarded the Sulman Prize in 1972. His work is held in the national collection, state collections as well as many significant private collections.

Powditch was immersed in the Sydney art scene from the 1960s as both a respected artist and a teacher until in 2000 when he re-located to the NSW north coast where he currently lives.

This exhibition will reveal an extraordinary insight into the personal and creative journey of an artist whose contribution to Australian creative life has yet to be fully understood or appreciated.

Join artist James Powditch on Sunday 30 April at 3pm, for a personal insight into the art of his father Peter Powditch.

* talks are subject to change without notice