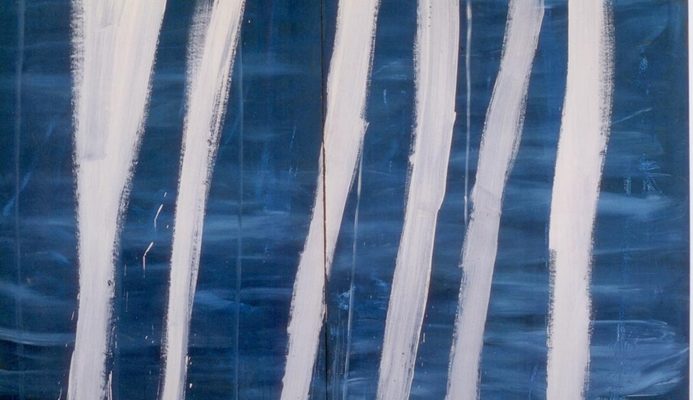 1964, the year The Beatles came to Australia and the year of the Tokyo Olympics, it was also the year Frank Watters along with his business partners, embarked on their 50 year collaboration with some of Australia’s most respected artists.

Watters Gallery opened in Darlinghurst in November 1964, and since then has become one of the leading galleries on the Sydney visual arts scene. Led by Frank Watters, Geoffrey Legge & Alexandra Legge, Watters Gallery has represented significant artists of every era and this exhibition, which celebrates its 50th anniversary, will feature works by Tony Tuckson, Robert Klippel, James Gleeson, Richard Larter, John Peart, Ken Whisson, Vicki Vavaressos, Helen Eager, Reg Mombassa and Euan Macleod amongst others, in a survey which also traces the developments in the visual arts in Sydney over the past five decades.

Frank Watters and Geoffrey Legge met while Frank was working at the Barry Stern Gallery in Paddington and Geoffrey lived next door. They decided to open a gallery together and the opening exhibition, which was held in a sandstone terrace in Liverpool Street, Darlinghurst, was opened by the art world doyenne Margo Lewers. Watters & Legge were idealistic and impassioned directors whose exhibition program included experimental performances and installations with artists engaged in political, social and environmental issues. Showing readily saleable art was not foremost in their minds.

The reputation that the Watters Gallery has forged in its 50 year history is one of loyalty and integrity in its dealings with its artists and collectors. Many of the artists have exhibited with the gallery for a number of years and have become close friends of Watters & Legge. They share a deep commitment for their artists and belief in their practice, which has sustained both artists and the gallery. Watters Gallery has nurtured a generation of important practitioners, with many of their clients enjoying a long relationship with the Gallery.

The works in the exhibition are drawn from public and private collections. Five Decades at Watters Gallery is an S.H. Ervin Gallery exhibition.

Join Watters Gallery artists Euan Macleod and Chris O’Doherty (Reg Mombassa), as they discuss their works in the exhibition, along with curator and art writer Glenn Barkley