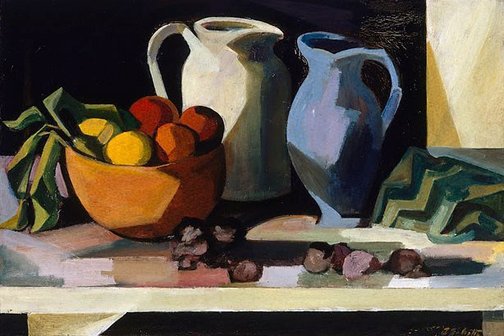 Jean Bellette (1908-1991) was a seminal figure in the visual arts from the 1930s until her death in Majorca in 1991, yet her contribution to the history of the visual arts in Australia has not been adequately assessed.

She has the rare distinction of being a woman artist who was highly regarded by her peers in the post-war Sydney art world, yet her marriage to the Sydney Morning Herald art critic, Paul Haefliger precluded much critical discussion about her work. She is favourably mentioned in most general art histories however until now there has been no sustained study or exhibition of her work.

The exhibition consists of 75 works including paintings, watercolours and drawings from private and public collections, supported with photographs and memorabilia, will, for the first time, place her in context with her contemporaries.