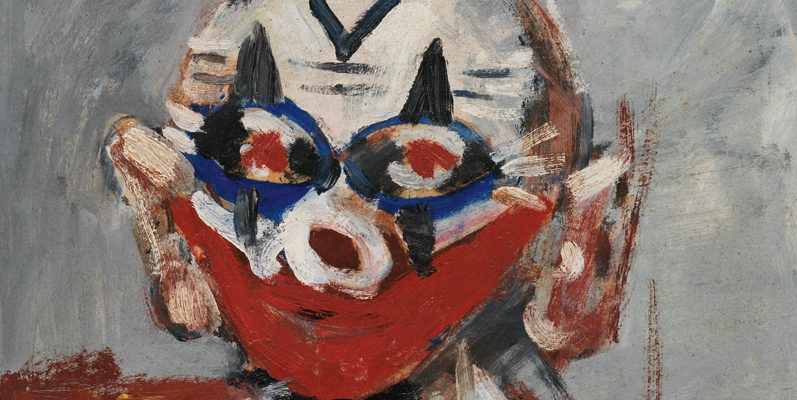 The Australian War Memorial’s travelling exhibition, Reality in flames: modern Australian art and the Second World War, featured works from renowned artists such as Stella Bowen, Russell Drysdale, Sidney Nolan and Albert Tucker. The exhibition which was drawn entirely from the Memorial’s extensive collection of works, and included 53 paintings, 32 works on paper and 5 sculptures.

Director of the Memorial, Dr Brendan Nelson, noted that Reality in flames is an important exploration of how Australian modern artists interpreted the Second World War. “This was an incredibly important period in Australia’s history; it was a time of anxiety and great change. These works present a revealing and often original engagement with this war,” said Dr Nelson.

The exhibition features works developed through the official war art scheme alongside pieces by artists who struggled to balance the creation of their art with their war-related labour or military service. Several works were created by refugees, prisoners of war and civilians in internee or concentration camps. These artists were compelled to explore the events they saw around them, focusing on new foreign and cultural encounters; the introduction of advanced technology to warfare; changing gender roles; the home front, leisure and recreation; and, crucially, the tremendous hardship, destruction and loss wrought by the conflict.

“Reality in flames reveals how Australia’s artistic and literary culture was transformed by the war. Artists were inspired to create modern and innovative visual forms to interpret the experience of combat, the powerfully destructive machinery of war, and the vast social upheaval produced by global conflict,” said Dr Nelson. “The 90 works of art displayed in this telling exhibition highlight the calibre and significance of the Memorial’s art collection, a collection that is often overlooked and underestimated.”

Sunday 9 March, 3pm – Join exhibition curator, Warwick Heywood for a tour of the exhibition exploring the themes and works selected.

Sunday 23 March, 3pm – Bridie Macgillicuddy discusses the work of Dore Hawthorne, with Cherie Prosser on the works by Colin Colahan.