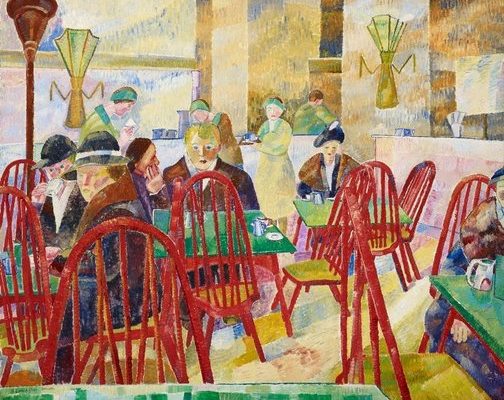 Sydney Studios is an S.H. Ervin Gallery exhibition which examined the history of artists’ studios, schools and galleries in Sydney’s CBD. The exhibiton investigated the physical places where artists once worked in Sydney and lamented the loss of artist work spaces as some of the last remaining studios in the Scots Church were vacated to make way for upmarket apartments.