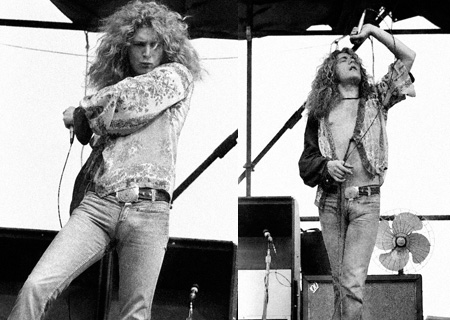 Led Zeppelin played the Sydney Showground in an extraordinary three-hour concert on an otherwise-sleepy February Sunday afternoon, their only-ever Sydney gig. Officially, there were 28,000 fans attending, though it was more like 38,000 as ‘lots of people climbed the fence ‘.

It was a record crowd for the era. Despite the millions of albums sold and record breaking tours at the peak of their success, Led Zeppelin shunned media attention. Notoriously camera-shy the band were almost inaccessible to the media and few photographs of their live performances exist however photographer Ted Harvey was there to capture the moment.