Up Close and Personal 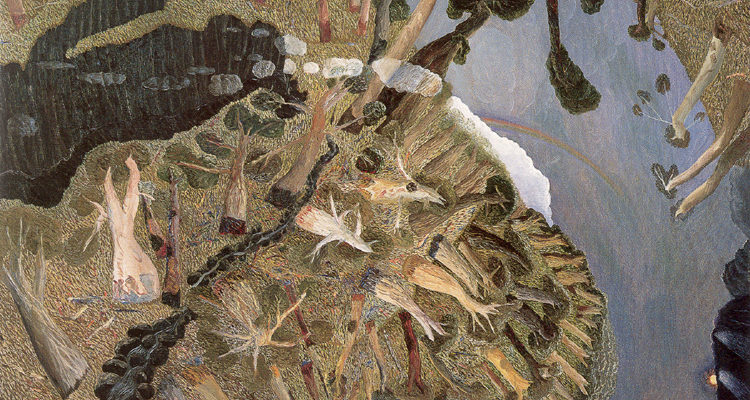 Up Close and Personal

UP CLOSE & PERSONAL: WORKS FROM THE COLLECTION OF DR PETER ELLIOTT AM

The S.H. Ervin Gallery’s upcoming exhibition Up Close & Personal  charts the personal art collecting obsession of Dr Peter Elliott AM, a highly esteemed Sydney doctor.  His fascination with indigenous and non-indigenous Australian art dates back over 65 years.   Up Close & Personal: Works from the collection of Dr Peter Elliott AM includes paintings, sculptures and objects.

As a child Peter Elliott grew up in a house with paintings by Gruner, Streeton and Normal Lindsay.   His interest in indigenous art and artifacts was sparked in New Guinea in 1945 when local men brought artifacts for sale to the naval ship he was stationed on.  His daily pay for service in the tropics unfortunately didn’t allow for any acquisitions however following the war in Elliot travelled to the UK, where his passion for collecting was born following his discovery of African artifacts at the Gallery of Man.

Dr Peter Elliott graduated from the University of Sydney in 1953 and trained in Obstetrics and Gynecology at King George V Hospital.  He became a member of the Royal College of Obstetrics and Gynecology in 1959 and undertook further training at the University College Hospital in London.  Dr Elliott was Head of the Department of Gynecological Oncology at King George V Hospital at the time of his retirement in 1992.  In 1965 Elliott was invited by the Royal College of Gynecologists to initiate an aid program for Indonesia, which took him to the Asian Federation of Obstetrics & Gynecology.  These appointments which lasted 30 years magnified Elliott’s exposure and obsession with the art of that part of the world.

Today his home is filled with an amazing array of south-east Asian artifacts and Chinese ceramics along with his indigenous and non-indigenous Australian art collection. Dr Elliott is a Foundation Member of both the Australian National Gallery and the Art Gallery of New South Wales.  He has donated art and funds widely throughout Australia, including to the Macleay Museum and the Nicholson Museum of the University of Sydney.

GROWING UP WITH ICONIC AUSTRALIAN PAINTINGS – 21st August at 3pm

Imagine growing up with the art of John Brack and Jeffrey Smart in your living room…. Elizabeth Elliott, Dr Elliott’s daughter, reflects on what it’s like to grow up in a house with art on every wall.

How do you preserve your art collection for future generation? Join Kate Papierniak from International Conservation Services as she discusses the latest techniques for conserving your precious art collection

Where do you start with contemporary art, how do you know what to buy?  Join Damien Minton, Director, Damien Minton Gallery, as he discusses the key relationship between artist, dealer and collector.

Join artists Henry Mulholland and Angus Nivison in conversation with Richard Elliott, Dr Peter Elliott’s son, as they discuss their works in the collection.